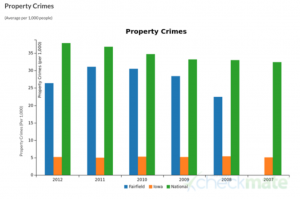 Fairfield as an example that the Maharishi Effect doesn’t work?

After 40 years of research the critics have so far found only one case where they could raise questions: the fact that Fairfield still has crime at all. If the group of Yogic Flyers is so large compared to the population of Fairfield, shouldn’t crime rate be zero?

It isn’t, critics say. They even claim that the crime rate in Fairfield is higher than in Iowa as a whole.

This, however, is a good example of finding creative ways to dismiss new data that contracts old beliefs. In this case they were taking selective data to make a point.

Again, I did some quick research myself and found that, if we take all data into account, quite a different picture emerges. If we take the example of small crimes, like property crimes, for some bizarre reason the crime rate in Fairfield is indeed higher than the Iowa average, as shown in this chart from https://www.instantcheckmate.com/criminal-records/iowa/fairfield

From this chart alone, which more or less matches the time when the large group of Yogic Flyers was doing their thing, we would conclude that the Maharishi Effect doesn’t work (other than in 2007 where zero property crimes were reported). It’s lower than the US average, but higher than the Iowa average.

But what if we take a more serious crime, like murder?
In this case the Maharishi Effect does appear to work, as the murder rate in Fairfield has been zero over the same six-year period. 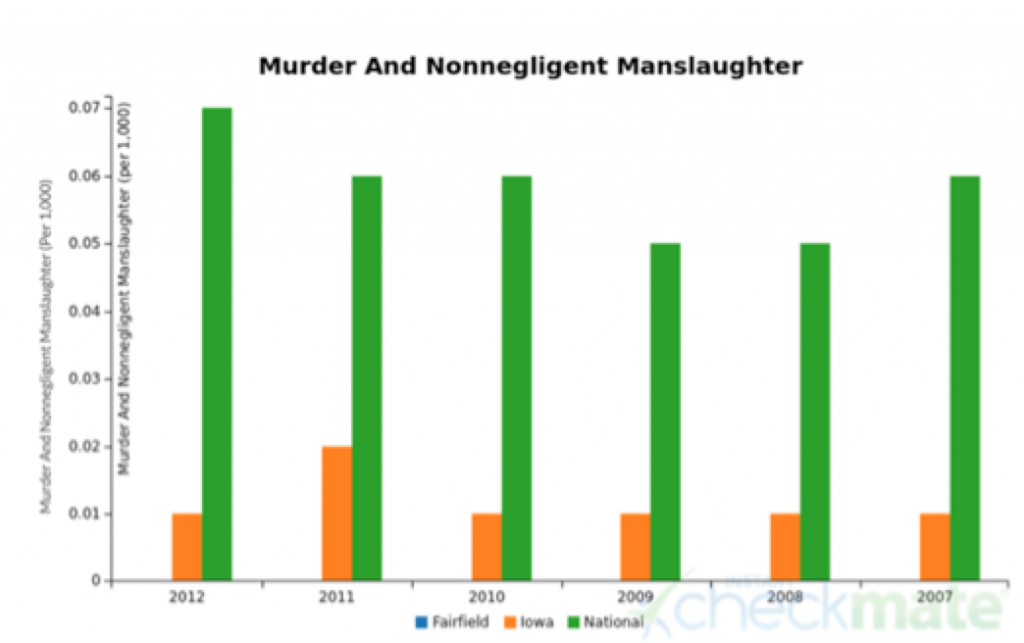 This could be compared to a Harvard study that was done to measure drug use with 1800 students who learned TM. When they looked at the percentage of students that were light soft drug users, they found that this increased by 45% in the first three months.

If we took that number in isolation we’d conclude that TM has a negative effect on drug use. But if we look at the whole picture we see that the amount of heavy and medium soft drug users decreased by 89% and 69% respectively. This means that during the first three months after learning TM, not everybody may have stopped using drugs altogether, but rather they switched category, from a heavy or medium user to a light user. (In the longer term and with all other forms of substance abuse all three categories decreased in favor of nonuser within the first 3 months.) 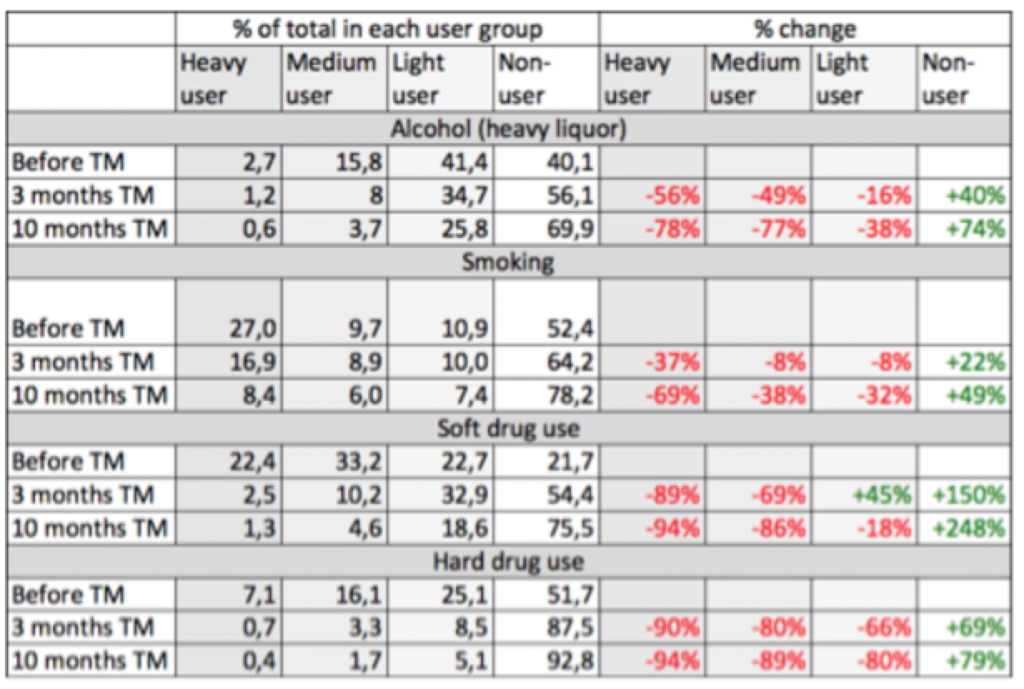 Perhaps it’s similar with the Fairfield crime rate. People who are so stressed out that they’d be able to commit murder, now commit a property crime instead. It’s still a crime, but of a completely different category. The cost of taking a human life (calculated at $7M in our previous study) is, after all, still 10,000 times higher than the cost of stealing a $700 flat screen television during a burglary.

So the Fairfield crime statistics should not be used too quickly to dismiss the Maharishi Effect just from one graph alone – there are many factors to consider.

One of the explanations of why there still is crime in Fairfield at all, is that from a consciousness point of view we can’t isolate Fairfield from the rest of the world. As long as there is still stress in the collective consciousness anywhere, it will influence everyone.

That’s why Maharishi always said that we need groups that are big enough to influence the whole world. Fairfield would still be the ideal location to maintain such a group.

This video shows a real-time recording of EEG changes during Transcendental Meditation.